For centuries terraced hills and open deserts have graced Palestine’s landscapes.  These features, tourist attractions and treasured by millions of Palestinians, have contributed to a long history of fragmentation.  The resulting isolation, recently fortified and deliberately furthered by The Occupation, has created a difficult environment for the development of social cohesion and a national identity upon which a democratic structure can be built.

Rozana’s expansive new project undertakes to construct such a framework with the goal of creating cohesive communities accepting of the democratic process based on equality, protection of human of rights and gender parity.  The project is beginning in nine villages within each of three Governates — Ramallah, Jenin and Jerusalem .  Each village is inhabited by religiously- and socially-mixed populations with identifiable local leadership and rich with Sufi and Christian shrines and Ottoman historic sites.

Each cluster of three villages will organize to create three Community Interpretation Centers which will oversee and co-ordinate tourism activities in the Governate.  A joint management center, the Museum of the Picture, located in Birzeit’s Old City, will provide oversight of the project.

The project is two pronged:  promoting democratic values and improving village economies through community-based tourism.  The preparation is similarly divided into two broad segments:  governance and development, each learned and implemented simultaneously so that villagers perceive the benefits from interlocking the two activities.  Governance includes gender equality, human rights, international humanitarian law, inheritance and property rights for women, and conflict prevention and mediation.  Recent law school graduates from the villages are encouraged to advocate for human and women’s rights.  Good citizenship and accountability are necessary parts of the curriculum so that local communities can manage the newly-restored public parks and spaces that are part of the development plan.

Tourism training involves all stakeholders in the development of their village as a tourist destination.  Women, a particular focus, are being trained in hospitality, homestay upgrading, revamping handcraft production, and marketing.  Youth, both male and female, are being trained as community guides and taught about their local environments – historical, cultural and natural.   Technical skills needed to maintain the monasteries, shrines and sanctuaries preserved as new tourist attractions are targeted mainly to men.  Networking with other villages that are experiencing the same training and teaching, a crucial element in fostering tolerance and breaking down fragmentation, involves the participation of all stakeholders.

Rozana’s demonstrated history of success in community-building and its long relationship with the E.U. have culminated in the award of funding for the current project to promote democratic culture through rural community-based tourism, with other and local contributions added.   Rozana is partnered with three other non-profit organizations in this work:  the Palestinian Youth Association for Leadership and Rights Activation (PYALARA); Palestinian Working Woman Society for Development (PWWSD); and Planet Life Economy Foundation (PLEF), based in Italy.  All three have extensive histories of successful work in the areas of democracy-building and youth and women empowerment, and all have partnered with Rozana in the past.

Creating a national identity from the isolated fragments that now exist under the Occupation will take time.  Creating a democratic social and political framework will require a willingness to overcome cultural and political obstacles that are part of Palestine’s history.  With an eye focused on Palestine’s future, Rozana is creating models for promoting Palestinian cultural identity, regional clusters of economic growth through tourism, and a culture of equality based on democratic principles. 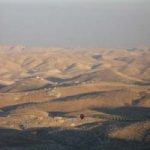 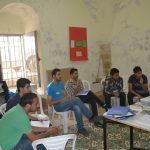 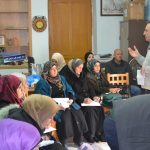 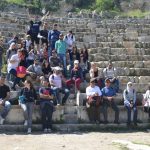 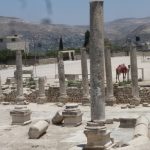 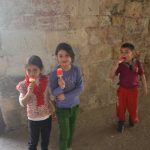